It was NCC’s pleasure to acknowledge JACKIE NYTES’ many years of service to Nora and many other communities in the City at the recent NCC Annual Meeting (October 20, 2022)

She has worn many hats but all of them in service to the citizens of Indianapolis. She served 12 years on the City County Council, was president of the Indiana Economic Development Council, and for nine years CEO of the Indianapolis Public Library system.

Jackie, as she’s known by all, was instrumental in leading the system in upgrading technology literacy and e-books availability. During her leadership 4 new library branches were created in underserved communities. Here in Nora she established programs to serve the large population of refugees and wide diversity of non-English speaking communities. The Nora library operated a welcoming outreach to the schools. Jackie regularly held public meetings where patrons were encouraged to voice complaints, suggestions, or approvals.

Nora’s members and Board of Directors are especially grateful for Jackie’s commitment to helping us continue to use the Nora Library as our home for public meetings. Those meetings are the very basis of citizen involvement in issues of concern to the public, and her assistance was instrumental in the success of our mission. We may not have said it as often or as loudly as we should have: 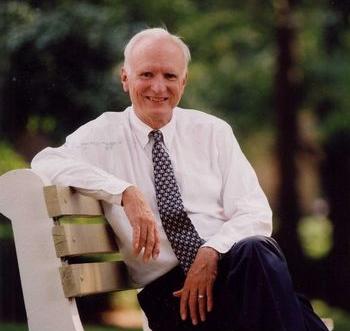 Who gets the credit for starting the Monon Trail? Or for developing 86th Street as a divided road with a grassy median instead of as an express route?

Those landmark features on the Northside were key topics during the Nora Community Council’s 40th anniversary celebration Thursday night — with bows to the leadership William H. Hudnut showed during 16 years as mayor, including support for the trail and a neighborhood-friendly 86th Street.

Hudnut, who flew in from Washington, D.C., to be the chief speaker, pointed in turn to the council’s leaders, especially long-time President Ruth Hayes, as the inspiration.✔

Don Hargadon, a retired businessman who has been involved in the council for 32 years, recalled standing with Hudnut as he signed documents in public for funding the start of the trail. Hudnut declared that it was Hargadon and other Nora leaders who built up support for the trail.  And it was Hayes, along with Hargadon and board members Eli Bloom and George Haerle, who showed him what 86th Street was going to look like, Hudnut said.

“Ruth called me and asked me to be at a meeting” at Don Hargadon’s home about the road, Hudnut told the audience of nearly 100 at St. Luke’s United Methodist Church. “When I got there, she told me to get down on my knees. I’m twice her size, but I did. Their blueprint was spread out on the floor, and we went over every inch of it.”

Hudnut endorsed the plan, sending federal highway officials a letter saying he supported a median-divided road rather than the highway-type road the agency wanted to build. Because the road was built in accord with the wishes of Hudnut and Nora, group members have sponsored plantings in the median.
“I’m so glad it happened,” he said of the experience with Hayes.
He paid tribute to the road, the trail and tree plantings programs, which Hayes noted the group loves, as examples of how the organization has kept Nora a place people can call home. He said the Nora group has achieved something similar to the concept of “a sense of place” that the Urban Land Institute, where he is a senior fellow, is articulating as a counter to sprawl.
“You’ve made Nora a ‘place,’ ” he said. He said he used to flinch at the slogan that people could be born, go to school, be treated for sickness, work, die and be buried without leaving Nora. He said he now appreciates the reality behind that pride, and he noted that the road has become a model for others in the area.
“I learned on the job,” he said of his 16 years as mayor. “I learned . . . the importance of zoning and intelligent, responsible use of land.”
Hudnut said that to deal with an imminent energy crisis and global warming, community leaders need to support more compact development and mass transit as ways to cut down on the use of automobiles.
“We need to be thinking green,” he said, in a nod to the Nora council’s planting programs and tree-conservation stances in development disputes. Speaking off the cuff, Hudnut tangled once with a microphone stand, and a council member motioned to take the mike into his hand.
“How can I wave my arms around?” the easily excitable Hudnut asked, drawing laughter. As he finished, he got a standing ovation equal to the one given before he started.

County and township base maps

this website provided as a public service by nora-northside community council, inc.